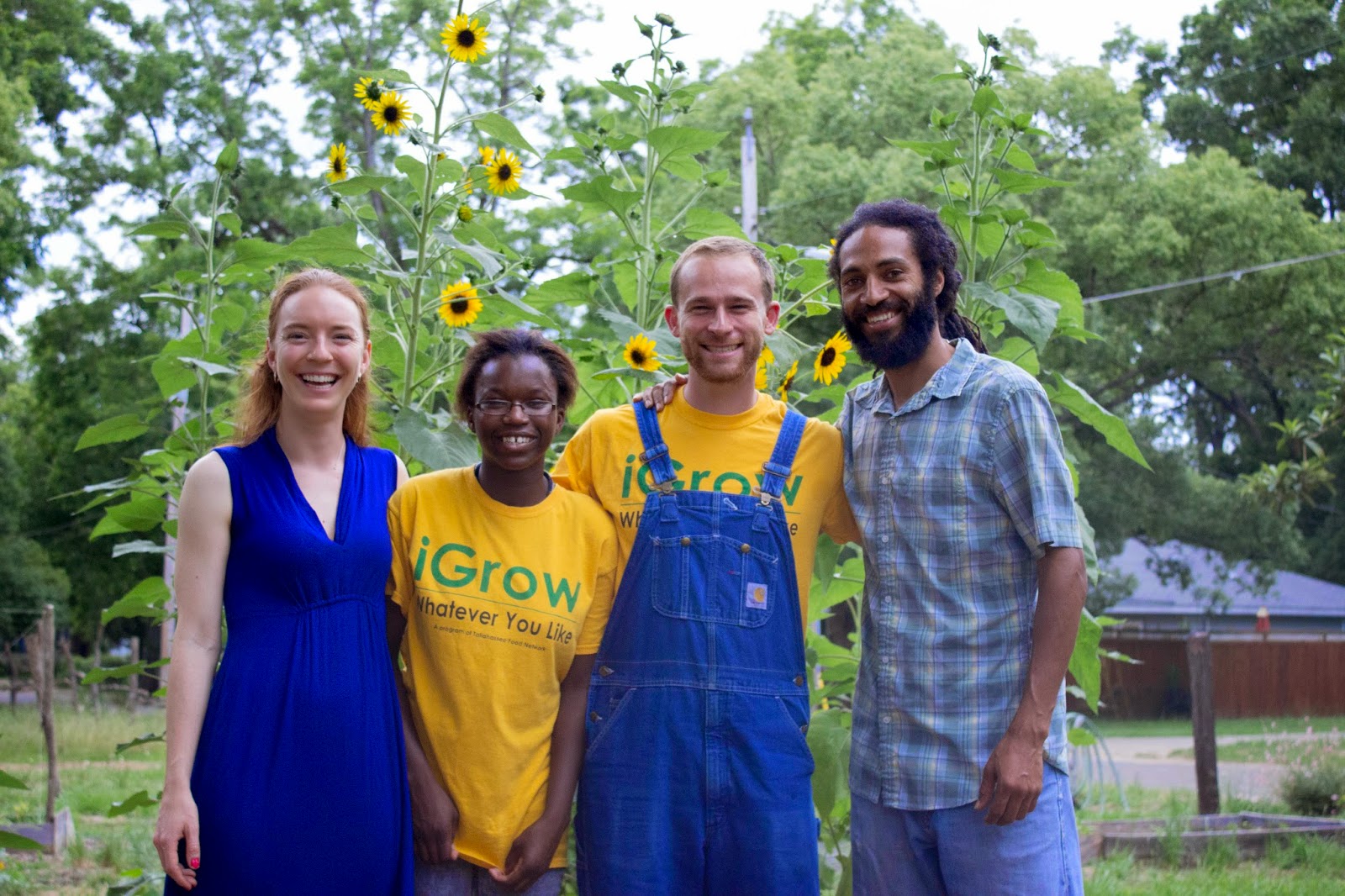 Although my expenses as Volunteer of the Year are paid for by the Tallahassee Democrat as the local media sponsor of the Jefferson Awards, the expenses of my fellow delegation travelers are not covered. Travel, lodging, and Jefferson Awards registration expenses amount to just over $4500. Please consider a donation. Any and all financial assistance is appreciated. Please make checks payable and send donations to Tallahassee Food Network's 501c3 fiscal agent: Wiley Sunshine Foundation, memo "TFN Delegation" to 1920 Chowkeebin Nene/ Tallahassee, FL 32301.

"Nathan Ballentine to represent Tallahassee at the Jefferson Awards in Washington, D.C."
Reprinted from Tallahassee Democrat, 6/13/2014

Individual awards don't really suit Nathan Ballentine's personality.
He's a dedicated public servant, working tirelessly to create a culture of sustainability in Tallahassee, but he always insists he's just one part of an enthusiastic team. When he first heard he was nominated to receive the Tallahassee Democrat's Volunteer of the Year award in social/civic services, his original thought was, "Can I share this with everyone else?"
Ballentine — commonly called "The Man in the Overalls" for his work with the Tallahassee Food Network and clothing style even at formal occasions — was named Volunteer of the Year in his category back in May, but he didn't stop there. He was also given the top honor at the awards luncheon, receiving the Jefferson Award for Public Service and a trip to Washington D.C.
Of course, he immediately started thinking of ways to bring the rest of the Tallahassee Food Network with him. The group will travel to D.C. Friday.
"I'm especially excited because we're going to get to travel as a team," he said. "We work as a team in everything we do. We're really excited about representing at a national level and connecting with other volunteer organizations across the country and learning from them."
The Jefferson Awards Ceremony in D.C. brings together Jefferson Award winners from 110 media partners in 70 communities nationwide, according to the website for the awards. The award was created in 1972 and primarily goes to "unsung" community heroes.
Ballentine, 28, is the co-founder of the Tallahassee Food Network (TFN), a group that focuses on eliminating childhood obesity and creating community-based food systems. He's also a coordinator with the youth empowerment program iGrow Whatever You Like.
He said he's hoping for a future that includes schools tending their own gardens, new statistics on childhood obesity and neighbors chatting about new recipes in an easy-to-access community garden.
"I want to see an urban farm educational hub [at the iGrow Whatever You Like Youth Farm]," he said. "I want to see the Frenchtown Heritage Market have a permanent location that can be a thriving central market for the city that connects food and culture and economic development."
TFN also host's a monthly gathering called "Collards and Cornbread." The meeting is a chance for people to meet and discuss possibilities for a sustainable future.
"We're a conduit for folks to connect, especially across racial, income and geographical lines," Ballentine said. "We believe everybody has something to bring to the table."
A team of TFN representatives is traveling with Ballentine to further spread the collective's message. Ballentine's wife, Mary Elizabeth Ballentine, will travel with him, along with iGrow director Sundiata Ameh-El and Clarenia White.

"Our delegation's presence at the Jefferson Awards will provide greater incentive for our youth, our staff and our team to keep working hard because it pays off," Ameh-El said.
White agreed….” For the rest of the article, click to read it onTallahassee.com