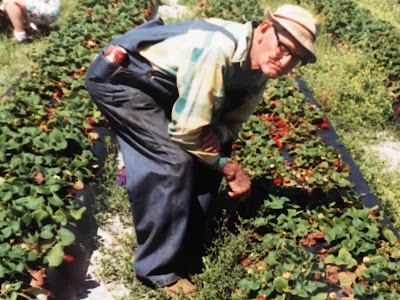 “Why I Wear Overalls?”
or, more simply, “Remember”
9.
My grandfather was buried in overalls.
His children placed seed packets in his breast pocket before they planted him.
My mother, her bowed head dropping tears on his cold face,
She tells me “He never wore a suit.”
“Overalls everyday of his life.  Wore ‘em to church.”
“Ain’t that the truth,” chimes my aunt.  “Clean shirt. Maybe some other shoes.”
And my mother again: “Just didn’t make any sense burying him in a tie.”

8.
Five days prior my grandmother was reselling Salvation Army china at the flea market.
Granddaddy was waiting to go home.
She found him slumped in the front seat of her van;
Doctors said he’d had a stroke.
I say, he caught a ride from St Peter back to the farm.

7.
For decades he carried an inhaler.
It helped him cope with the emphysema,
earned, like his calluses, from a one-mule plow.
He carried the land in his lungs like gulps of oxygen.
Every now and then, he required another breath.

6.
1955.
Grandaddy hit a patch of fog heading for Graceville,
His face went through the windshield.
Nine-inches of stitches—shoulder to shoulder across his neck—
Chevy totaled.
-
He wasn’t able to leave Polk county for months.
-
And that’s the part that nearly killed him.

5.
Year by year, they stayed away a little longer.
Granny got a job at the plant in Winter Haven sectionizing grapefruit.
While Granddaddy was scabbing in Haines City,
She joined the union;
promised to pay her dues;
just didn’t want to walk a picket line.
Granddaddy didn’t want to be there.
He was canning ‘fast as he could t’ get back to the farm.

4.
Growing up, my mother changed schools with the seasons.
They planted their crops in spring, laid them by,
Headed to Michigan for the summer;
In grade school, she bought her first bicycle picking strawberries in Benton Harbor.
Come August they drove that Chevy back home to Graceville
to harvest Cotton, corn and peanuts, like everyone around them.
November through February they worked the citrus in central Florida;
Then it was back home to start again: here to there and there to here;
Twice every year.
Why? You ask?
Because their wages paid the mortgage.

3.
My mother grew up a migrant farm-worker, but
her people weren’t dirt poor.
They had land.
Lester W,
my mother’s father—Granddaddy—he purchased it in 1945.
His name was on the deed.
My mother raised me on stories of cotton sack dresses and going barefoot to save her shoes from wear so they’d last longer;
“I grew up poor,” she’d say, “but I never went hungry.”
“Not a day in my life.”
“Ate lots collards and corn bread, but we ate…
“because of that garden, that farm.”

2.
My grandfather grew up dirt poor.
The dust his people carried in their lungs was not their own.
Somewhere back in the annals of southern white trash, my grandfather’s people’s people had been made to sign over their deeds and work as tenant farmers on their own land.
My grandfather was raised on stories of debt and crops that didn’t buy seeds,
seeds bought on credit.
He grew up in Holmes County on the company farm.
-
After his momma died of the flu in 1918, his pops didn’t know how to hold it all together.  He didn’t have anything to hold together.
He’d liened his soul to the company store.

1.
My grandfather was born naked as a jaybird.
His parents wrapped him in cotton sackcloth
and laid him in a –
-
Many -
ask  -
me -
why -
I -
wear -
My grandfather was raised in -
He worked the company farm in -
He purchased his land in -
Grew old in -
Died in -
My grandfather was buried in -
***Overalls. ***
-
His children placed seed packets in his breast pocket before they planted him.
- - -
In this tenth year of business, as the work in overalls grows from me to we; as ManInOveralls.com routes to Overalls.Life; and as I invite my team to put on their own overalls and so cloth themselves with the privileges, responsibilities, and the general aura that surrounds what has become a brand; while doing my best to honor the spirit of our overalls-clad foremothers and forefathers; and while attempting to uphold the standards of excellence I expect of myself while honoring the excellence my team members bring to the table themselves...
I've been taking a lot of time to reflect on: What is the essence of overalls? In so doing, I resurfaced the blog that announced my launch in 2009 as well as the above poem, which I actually first drafted in 2010; I've re-read years of journals, revisited conversations with mentors, read books by role models, and called friends who work in community agriculture to cross pollinate.
Through it all, I've realized that my family's humble, hard-working agricultural heritage continues to root my identity & values; that sweat and well-dirtied clothes are dignified; that growing & supporting others to grow groceries for self and neighbor is deeply meaningful and important work; that the American food system is jacked and I refuse to accept that poisoned food is normal; that to honor and realize the potential woven into overalls to support the growth of life-giving, community-rooted food systems - like the potential tucked in a humble seed - I must let go to grow; I must open myself to co-creating what our Overalls grow to be.
So. Not as a stone-engraved dictate for the rest of time, but, instead, as a reference point, an imperfect guide, a piece of genetic code that will adapt and be improved upon with time, I wrote a document I'm calling the Essence of Our Overalls.
I invite you to read it and offer your thoughts. Beyond simple critique, missing commas and the like, what I'm most interested in is this: how might we grow a movement in overalls?
I'm in this for the long grow. Are you with me?
May we grow together.
- - - 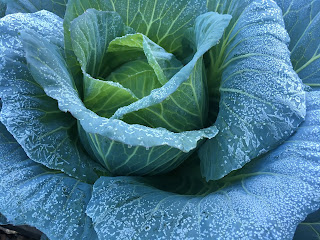 In closing, here are a few seasonally relevant grocery growing tips for you: 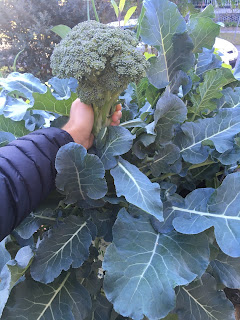 PS- If you'd like to follow along as I explore and write more about the essence of our overalls, I'm posting on social media using the hashtag #essenceofoveralls. Follow along on Instagram or Facebook.
- - -
And as always, if you're ready to grow your groceries here in NE FL...
Please, click here to see our services & book me for a consultation, so I can assess your site; we'll discuss design, answer your questions, talk #s, and get your project lined up. We offer turn-key raised bed food garden support services.
If you'd like to support me...
in freely sharing my stories & expertise, please consider passing along this article to a friend or sharing on social media. Each of my articles take at least a couple hours of resource gathering, writing, and editing, so I want to make sure they don't just sit on the digital shelf.