Your cart
Over the course of this spring, I've had the awesome pleasure of gardening with two different sets of young people-- aged two to eleven.  I.E., I hosted two groups of kids' workshops in my front yard.

Back in February/March, we met to build, fill and plant raised beds complete with shallots, potatoes, green beans, tomatoes, peppers, and squash.  In April when we gathered again for our monthly workshop, we tended the garden: identified and pulled weeds, staked tomatoes, etc.  Finally, we're meeting in May to do some early spring harvesting.  Our main crops are potatoes, shallots, and green beans.  Although a few banana peppers are ready, the tomatoes are not.  Give it another couple weeks.  In addition, every week, we checked in on the bees in my backyard--managed by Heather Gamper, my neighbor and beekeeper extraordinaire.  Lastly, the workshops visited with my family's new chicken flock-- acquired just two weeks before the first set of workshops.  The kids have nearly seen the chickens grow from "bitties" to "layers."

Today, I had my final session with one of the groups-- that happens to be a self-organized group of homes-choolers that contacted me about doing a series for them.  We picked green beans, washed, and canned them with garlic, dill and vinegar to make "dilly beans" or pickled green beans.  Then, we made a fresh salad out of mustard greens and kale (growing elsewhere in my garden) with some of our shallots, olive oil and a little red-wine vinegar, salt and pepper.

Some of my favorite quotes and moments from the day include:

+When we washed the green beans (held in a bowl) with the hose, each and every child asked repeatedly to help rinse them.  They wanted to hold the hose, to be at the center of  the action: "Can I?" "Can I rinse them?" "May I hold the hose?" "Can't I?"  And then, after everyone had the opportunity to hold it solo, five sets of hands invited each other to "help" and they rinsed the beans collectively again and again while all holding the hose together.

+Anna speaking about she and her three-year-old sister, "We're the gardening sister-pair.  We like to garden."

+After all the children left, my father informed me that Anna attempted to leave her phone number with him so he could call her when the chickens started laying.  She held all of them-- even our rooster "hen" whose new head-pieces have given his (!) identity away.

+Silas, Kai, Anna and Macy relaxing on my front porch tasting green beans and mustard/kale salad with occasional grunts of, "Ummmm, this is good.  Can I have some more?" while Stephen kept his distance from the raw food saying, "I like green beans more when they're cooked."

It's been a blessing, indeed, to garden with such wonderful young people.  Get ready: a new generation of food movement ambassadors is on the scene and they are themselves eating and growing.  I anticipate amazing things.

Below are a few pictures to enjoy. 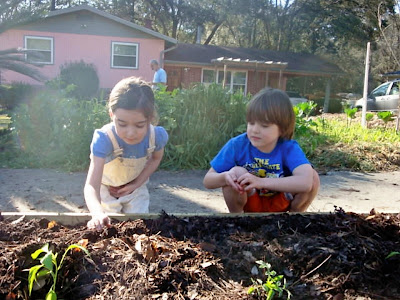 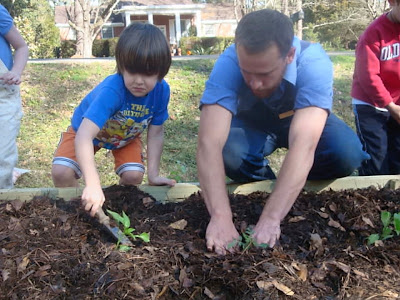 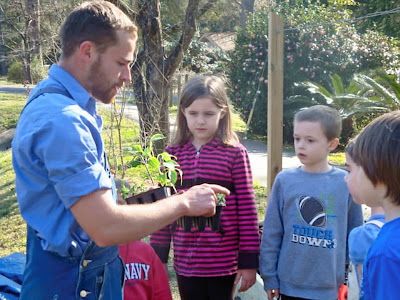 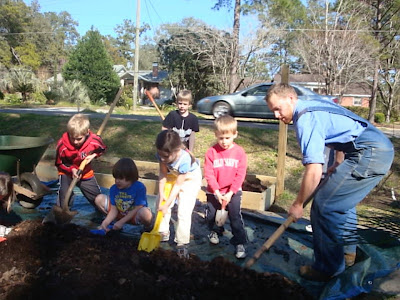 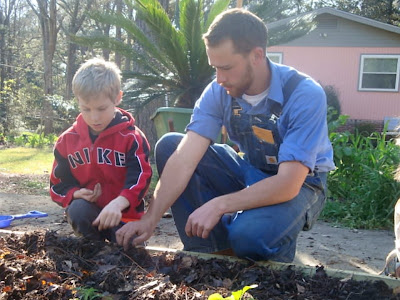 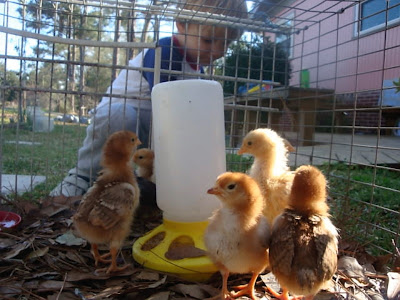