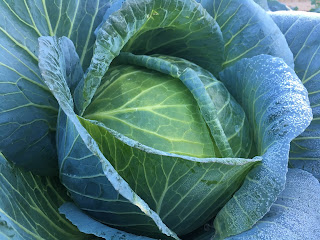 There's something about coming out of the cold, darkness of winter into the warm light of spring that swells our sense of the possible, and so spring is - universally- the most popular gardening season. And for good measure: potatoes, tomatoes, squash, cucumbers, zucchini, green beans, pumpkins, melons and all those other frost-tender crops thrive in the early spring warmth - before the onslaught of heat and pests to come. :) 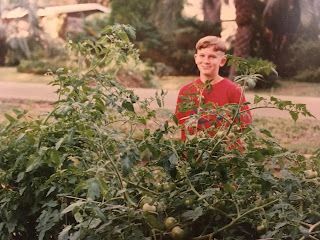 Probably for this reason, as a kid, I only ever grew a spring garden, 10 years running from 8 'till I graduated and left home for college at 18. I started in March, just after the threat of frost had past and seeded seeds and planted plants in beds that I'd banked in leaves over the summer and winter to keep the weeds down and build up the organic matter. Now, that's not a bad thing to do if you need a break, but truth is, I just didn't know that we could grow 12 months a year in the Deep South. I didn't know The Game of Gardening Seasons as it were. Maybe the same's true for you, so let's talk about it.
In short, we've got 3 main seasons Down South around these parts. (And lest you're reading from somewhere else, I'm writing about the I-10 corridor, Jacksonville to Houston. If you're a little further north or south, you can adjust as necessary).
For more details on just what you can grow in each, be sure to take a peek at our What Can You Grow in a Square resource, which covers seasonal crops as well as spacing according to Square Foot Gardening principles, but you can think of it like this:
Just as there are three seasons in the year, you can think about the The Game of Seasons as three levels of gardening play. In my opinion, as a beginning gardener, it's best to start with level one and work your way up. Starting at level two introduces unnecessary confusion, and starting with three can unleash a sense of panic. Learn the fundamentals; get comfortable; then proceed.
LEVEL ONE is for beginners or folks wanting to play it simple. This is where you plant spring things in spring, and then, come summer, you pull all those crops out and replant with summer crops. When fall comes around, even though you've still got, say, productive eggplant, you harvest it all, pull the plants, and replant for fall. Same thing come spring. Distinct seasons. Black and white, so to speak.
However, it's easy to get frustrated with LEVEL ONE because nature doesn't operate according to hard-and-fast boundaries. Winter sneaks into spring. Spring dances into summer. Summer lingers into fall. Though your cucumbers and green beans will have succumbed to the heat, the cherry tomatoes you planted in March may well still be productive come mid June. And the peppers, well heck, the peppers you plant in March often make it straight through spring, through summer, and pick up their productivity come September, October, November only finally dying with that Christmas-time frost. And that kale you plant in September, sometimes, it'll grow right through spring and only finally kick the can when the angry caterpillar gods start raining down plagues when summer thunderstorms rear their heads. So...

LEVEL TWO is for those gardeners who understand the basic seasonal rotation, but who have grown comfortable enough to embrace the grey and blur their seasonal crops together. Come spring, though their collards are still booming, they want to plant tomatoes because it's time. So they fiercely prune back or pull some of their collard greens in order to make room for their tomatoes. In summer, these gardeners might keep their peppers and cherry tomatoes growing longer, but they'll fill in the spaces opened by squash and zucchini, cucumbers, and green beans that have fallen to the heat. Come late September when it's time for salad mix and carrots to get planted, they'll let those especially prolific eggplant and peppers keep at it but pull the marginal producers.
But... you see these videos on Youtube or hear these stories all the time like: "I knew a guy that had tomatoes all winter long!" Or, "This lady in Houston grows her salad even in July!" These are examples of...
LEVEL THREE, which is all about growing things out of season all together. It's for pushing the possible. Yes, you can grow lettuce in July. Here in Jacksonville, we have a customer with a 20ft hedge immediately west of her garden that shields it from hot afternoons; she's also on the river which provides a cooling breeze. We grew salad in her garden until August. You may have or, with time and effort, you could recreate such a micro climate to your salad's advantage. Or, if you're dedicated enough to build a wire-frame shelter over a few tomatoes that you can drape blankets over on cold nights, sure, you can have Christmas day tomatoes. Just know, LEVEL THREE is for folks willing to play in the lotsa-work/less-reward department.
LEVEL THREE side note: some will argue that there's a FOURTH SEASON, which is referred to as "Late Summer" or "Second Spring." In late July/early August, you can plant all the things you do in early spring: potatoes, tomatoes, squash, green beans, cucumbers, etc. Yes, you can. Some gardeners even end up harvesting something from their efforts, but let me ask you: if you've had pest issues in March/April/May on your squash and tomatoes, what do you think you're going to have in August? Truth is, I rarely plant for second spring because the work-reward ratio is in the gutter, and, frankly, I hardly ever even mention it because it's a game rigged against us. In my opinion, second spring is just another variation of LEVEL THREE, which is tough - definitely not in the "80 for the 20" category.
As you can see, I'm biased towards LEVEL TWO. In my opinion, based on more than 25 years of gardening, it's the sweet spot in the work-reward ratio. You get to ride out the bounty of the seasons on a good wave, but you don't try to build a wave pool. Because... ain't nobody got time for that.
- - - -
- - - -
And as always, if you're ready to talk dirty to me about your food garden dreams ;)
Please, click here to see our services & book a consultation, so I can assess your site; we'll discuss design, answer your questions, talk #s, and get your project lined up. We offer turn-key raised bed food garden support services. Or, if you've already got a garden, but need a little seasonal support, click here.

If you'd like to support me...
in freely sharing my stories & expertise, please consider passing along this article to a friend or sharing on social media. Each of my articles take at least a couple hours of resource gathering, writing, and editing, so I want to make sure they don't just sit on the digital shelf.
- - -
Nathan Ballentine, Man in Overalls
Itinerant Urban Farmer, Founder of Overalls
Growing in Jacksonville, FL
Connecting Globally
904.240.9592
ManInOveralls@Overalls.Life
ManInOveralls on FB & IG
www.Overalls.Life
Blog - About - Services - Resources - Events.
**If you would like to receive my “semi-monthly” updates, which include a story and tips about how to #GrowYourGroceries please click here.**
Share Share on Facebook
← Back to MAN IN OVERALLS