Your cart
Over the July 4th holiday, I made it to Asheville to visit a friend from college.  While in town, I snuck by Grace Covenant Presbyterian Church where I used to serve as a youth adviser.  Rumor had it, they'd started an amazing garden smack-dab in the middle of their front lawn.  Rumor was true. 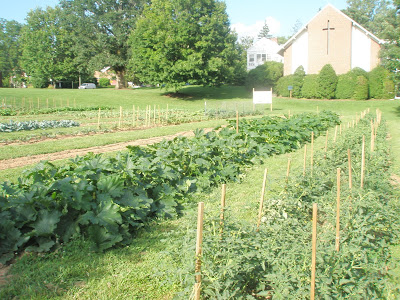 They're right along Merimon Ave, a major thoroughfare in Asheville.  (Notice the golden arches.) 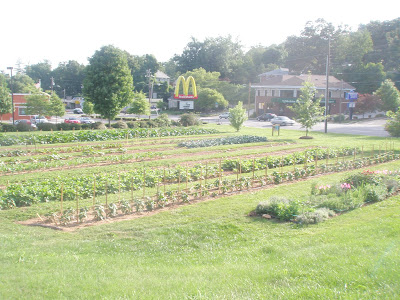 The rumor also mentioned a team of volunteers who maintain the garden, who grow the food to give it away.  According to the grapevine, they grew and gave away 500 pound of broccoli last year.  The story was confirmed by their website.  And from the looks of it, they've got more broccoli on the way. 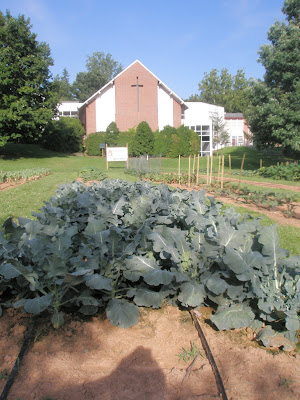 While we're exploring what's going on in Asheville, I'll go ahead and point you in the direction of the Apalachian Sustainable Agriculture Project, affectionately known as ASAP (A-Sap)-- based in Asheville. They've got one of the best local food guides that I know of in the country.  Yearly, they publish a magazine with every local farm, farmers' market, restaurant that serves local options, processors, etc in their region.  It's also online.  Super impressive.

Some folks amidst the Tallahassee Food Network have taken the initial steps to create such a guide.  For the time being, it'd in excel format, available here.
---
Back in Tallahassee, with support and guidance from All Pro, the HOA, and me, the Man in Overalls, the Southwood Community Garden leadership team is on track to launch their garden this fall.  The first workday will be August 13th.  The "Grand Planting" will be Sept 10th.  Save the dates.  It's going to be an epic garden.
Share Share on Facebook