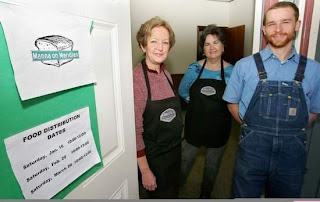 "On the corner of Meridian and John Knox roads, manna doesn't fall from the sky.

But on the third Saturday of the month, upwards of 65 bags of groceries might fly out the door bringing sustenance to those in need, no questions asked.


Faith Presbyterian Church and St. Stephen Lutheran Church, which are literally a stone's throw away from each other, have dubbed their food pantry Manna on Meridian in the hope that other churches and individuals might join them. They opened a week ago. 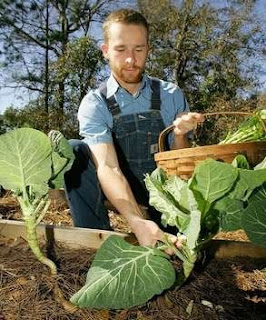 In addition to canned goods, cereals, pastas, peanut butter and spaghetti sauce typical of many pantries, the churches plan to provide fresh produce from their two gardens. Nathan Ballentine, who oversees the one at Faith Presbyterian, hopes they will inspire other gardeners in the area to donate their surplus crops.

"People who are struggling can only afford low-end stuff like canned and dry goods … and don't get the nice crisp crunch of something fresh," he said. "We want to say, 'Hey look, we honor you. You're in a tough spot, but you're getting the best.

The idea for a food pantry had been brewing for a while. Cheryl Stewart from St. Stephen..."(click this to read the rest).
Share Share on Facebook